Visit a health food or health goods store these days, and you'll notice one thing really starting to fill up the shelves: beeswax candles. Since candles, in general, have been around forever, you may wonder why beeswax candles have become so sought after. As it turns out, they have a lot of benefits and advantages, both independently and when compared to other types of candles.

They're made without additives

These days, there is a big push towards using more natural ingredients. This is generally seen to be healthier not only for people but for the environment as a whole. Beeswax candles can be made without any of the additives or stabilizers that have to be used to make paraffin candles. They're just made with beeswax that is melted and then poured into a mold. Some companies may add essential oils for scent, but these are still natural and earth-friendly. As natural products become increasingly common, beeswax candles are among them.

People burn candles for a number of reasons, and one of those reasons is the ambiance. A brightly burning candle is often seen as more beautiful and relaxing than one that burns dim or flickers a lot. Because it has a higher burning point, beeswax results in a brighter-burning candle than most other waxes. You can set up just a few beeswax candles that create enough brightness for you to read by. It would take more paraffin candles to do the same.

They burn for a long time

A beeswax candle does often cost more than a paraffin candle of the same size. However, you get significantly more burning hours out of the beeswax candle. This is because beeswax is harder and burns at a higher temperature than paraffin. The beeswax also does not drip as much as paraffin, which means beeswax candles burn more thoroughly and efficiently than paraffin ones.

They're said to help purify the air

Beeswax candles are everywhere lately, but for good reasons. If you want a candle that burns brightly, cleanly, and for a long time, this is a great style to look for at your local health food store. 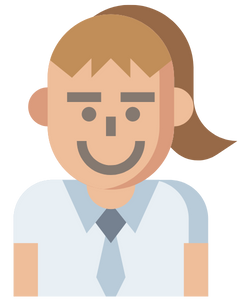 The food you eat has such a profound impact on your life and on your health. Choosing the right foods can not only help you feel better, but it can also help you avoid illness and injuries down the road. What qualifies as healthy food, though? Well, that depends. To some people, health food is natural food that does not have any additives. To other people, health food is high-protein food with a lot of antioxidants. We hope to offer more insights into the world of health food here on this blog. As you read, you'll grow in your understanding of the concept.

Why All The Hype About Beeswax Candles?
25 February 2022
Visit a health food or health goods store these days, and you'll notice one thing really starting to fill up the shelves: beeswax candles. Since candl …

Key Things To Look For In A Post-Workout Drink
24 February 2022
Many people enjoy drinking a post-workout beverage when they finish a workout session. These beverages are meant to help you recover from your workout …